Points to Note on Annual Returns

2. A Registered person who has opted in or opted out of composition is required to file both GSTR 9 & GSTR 9A for the relevant periods.

3. GSTR-9 does not allow for any revision after filing.

5. The exceptions to filing of the Annual return applies to the following category of registered persons:

GSTR-9: This form is to be filed by regular taxpayers registered under GST. It consists of details regarding advances, supplies made and received during the financial year under different tax heads i.e. CGST, SGST and IGST as well as details of outward supplies made during the financial year on which tax is not payable. Further, it also contains the details of ITC availed and reversed, taxes payable and paid, transactions reported in next financial year, particulars of demands and refunds, HSN wise details of outward and inward supplies etc. It consolidates the information furnished in the monthly or quarterly returns during the year.

GSTR-9A: This form is to be filed by taxpayers registered under GST’s composition scheme. It is a summary of all quarterly returns previously filed by the composition taxpayer. (Proviso to Sub Rule (1) of Rule 80)

GSTR-9B: This form is to be filed by e-commerce operators who have filed GSTR-8 during the previous financial year. It is basically an annual statement. (Sub-Rule 2 of Rule 80 - Form Not yet notified)

Consequences of failure to submit the annual return

1.Notice to defaulters Section 46 of the CGST Act provides where a registered person fails to furnish a return under section 39 or section 44 or section 45, a notice shall be issued requiring him to furnish such return within fifteen days in such form and manner as may be prescribed.

3.General Penalty for Contravention of Provisions As per section 125, any person, who contravenes any of the provisions of this Act or any rules made there under for which no penalty is separately provided for in this Act, shall be liable to a penalty which may extend to twenty-five thousand rupees.
An equal amount of penalty under the SGST/UTGST/IGST Act would also be applicable. To sum up a penalty of up to Rs.75,000/- could be levied. It is important to note that to impose penalty under section 125 upto Rs. 25,000, the ingredients such as willful default, etc., must be established and by a process of adjudication allowing reasonable opportunity to the taxable person and not imposed as a matter of routine. 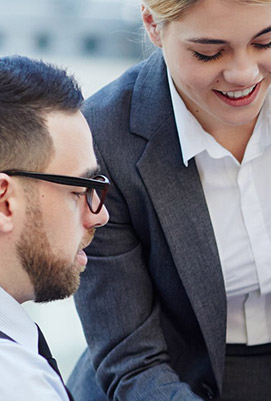 GST Annual return Fee will be on the basis of effort and Time Basis.
Recommended